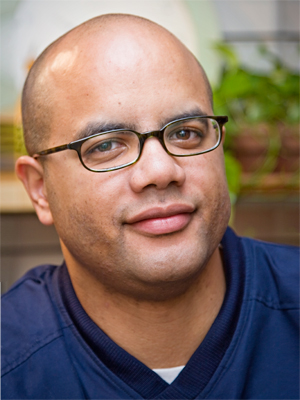 African-American Sterling Ashby is an attorney who created the toy company, History In Action Toys.

Ashby graduated from Columbia Law School in 1999 and practiced for a number of years at one of the nation’s premier law firms. Inspired to create a series of action figures using African-American heroes from history, whose stories would awaken the imagination and inspire children to dream their own superhero adventures, he formed History In Action Toys, offering the likes of Benjamin Banneker, Bessie Coleman, and Matthew P. Henson to children everywhere.

The toys are available at about 25 museums around the country, as well as online, and Ashby has plans to diversify his inventory in the future. He has already had multiple requests to mold various historical innovators, like the first Russian cosmonaut, into pliable action figures.

For more information on History in Action Toys, visit the official website.

Update: Sterling Todd Ashby, 48, died peacefully in his sleep after a long struggle with brain cancer on Monday, Nov. 27, 2017.  Rest in peace.